I have a wild imagination. Some of the things I say may sound crazy. One of the wildest imaginations I have ever heard of is that of Takuo Toda, the chairman of the Japan Origami Airplane Association. His dream is to, if I get Time’s lingo right, launch his paper planes from space and pick them up in Earth. Awesome!

Q&A with Wendy Doniger (author of The Hindus) 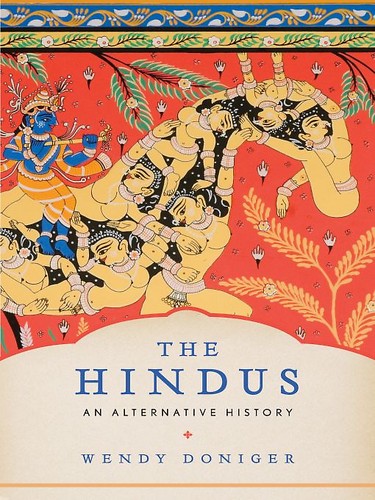 (obtained from The University of Chicago news published on November 5, 2009)

Wendy Doniger is one of the world’s most influential scholars of Hinduism. The author of 16 books, her work has broken new ground in Hindu scholarship, exploring Hinduism through modern contexts, such as gender, sexuality and identity. She has written three of the most widely read Penguin classics on Hinduism, and published some of the most popular English translations of Sanskrit classics the Kamasutra and Rig Veda.

But despite this international acclaim, Doniger, the Mircea Eliade Distinguished Service Professor of the History of Religions in the Divinity School, said her work has made little impact in India. “There was an Indian edition of most of my books,” said Doniger, “but it didn’t make much of a splash.”

That changed dramatically with recent the publication of The Hindus: An Alternative History. The nearly 800-word book, a sweeping history of Hinduism from its origins in 2500 B.C. to the present, sold out its first edition of 2,000 copies in the first week. It’s soared to as high as No. 1 on the Indian non-fiction best-seller list, and publisher Penguin India has already ordered a second edition.

Thalia Gigerenzer, AB’09, talked with Doniger about the success of her book, the origins of her interest in India and her views about Hinduism and religion.

How do you feel about your book’s popular success in India?
“I’ve always felt like I haven’t given anything back to India after all that she had given me, just soaked up all the wonderful stories and told them to Americans. Now at last I feel that I have contributed something to India, sharing with them stories that many of them know but many of them do not, and sharing an approach to the history of the Hindus that highlights things that are usually ignored.

When was the first time you heard about India?
My mother had rubbings from the temple at Angkor Watt on the walls―that was the first thing that interested me. But it really began when I was in my teens, when my mother gave me a copy of A Passage to India. I really came into it from literature―only later did I turn to religious literature. I read Rumer Godden’s Mooltiki, and other stories and poems of India (1957) and I read Kipling’s Jungle Books. Then I read the Upanishads, and it was just so fascinating to me. I was raised by atheist and communist parents, so we had no religion whatsoever.

That’s what really interested me about India, the religious aspect―and the extravagance of it. There was so much of it; the temples had all these things crawling all over them. It was so alive and complicated compared to the relative austerity that I saw in Jewish and especially Protestant ceremonies. Not so much Catholic ceremonies, though. I always loved Catholicism for the same reason that I love Hinduism, they’re so much alike: the kitsch, the colors, the incense, the saints and the pageantry.

When did you start studying Sanskrit?
That was the other thing that drew me to India―the language. In high school my Latin teacher taught me Greek unofficially on Monday nights. I loved Greek; I loved the idea that there was another script. And then my Latin teacher told me there was a language that was even older and more interesting than Greek: Sanskrit. So everything started coming together―the art, the literature, the language.

The culture―its excess―really suited me. I always liked Indian miniature painting much more than Renaissance painting. I didn’t see what was so great about Rembrandt or Michelangelo. I liked paintings where there were 10,000 people in the scene and elephants and horses! I liked the carvings on Indian temples so much more than the simple architectural outlines.

But I felt that I wanted a book to be out there to counteract their claims and to tell the history of the Hindus the way I think it should be told, the way it is more to the credit to the Hindus. It’s a very positive book―it shows how for so much of their history the Hindus have been so tolerant, and so open to different forms of religion, and that to close it down now would be a terrible shame. So it’s really a backhanded compliment―Hinduism has always been so good, and these guys are ruining it.

Have you ever thought about practicing Hinduism yourself?
I was raised deeply imbued with my parents’ atheism. The thought of really, seriously practicing any religion doesn’t really work for me. But I feel at home in religious buildings and ceremonies. I still hang out a lot in Catholic churches in America. I like going to Catholic masses; I always go to Christmas and Easter. In India I always go to temples and to the pujas. But to be committed to the dogma of any religion―to be told what to believe―goes against my grain in some basic way.

But when I do think about religious problems, I think in Hindu categories. When my father died, it was the first time something really terrible happened to me―and Christianity and Judaism were of absolutely no use to me. My Jewish and Christian friends would take me to synagogues and churches, and it didn’t help at all. And then I started thinking about the myths I was translating at the time, which were about death―why there is death, how death came into the world, what happens when we die, speculations about karma and rebirth. The Hindu version of it made more sense to me than anything. It just seemed like Shiva as a god was more likely to be responsible for the world the way I knew it than the gods of Judaism and Christianity. Capricious, beautiful, violent, it just made more sense.

So I agree with a lot of Hindu mythology and theology, and I think Hinduism describes life better than any other religion. It has a vision of the universe that corresponds more closely to the universe I’ve glimpsed in my 68 years on this planet than other visions of the universe.

I feel at home in Hindu temples. I like how complicated they are. Being in a great Hindu temple is like being in a forest. You can wander around all day. People kind of leave you alone. When you wander around temples when there isn’t a ceremony, there’s a kind of peacefulness about them, and I recognize the scenes and the icons. That’s Shiva doing this, that’s Parvati doing that. Whereas when I go to the Vatican, I have to have someone explain to me what the Sistine Chapel is all about. So I’m at home in Hinduism in that sense, I know what it’s all about.

Do you feel at home in India?
It’s the religious aspects in which I feel most at home, in a way. No, I don’t really feel at home in India anymore. I’m not physically comfortable in India most of the time―I like Chicago, I like snow. It’s an irony that I should be an Indologist because I don’t like hot climates. I don’t like crowds. There are too many things about India that don’t suit my physical makeup. And also, I hardly ever go to Bengal, so I don’t have a language to speak. So I go as a visitor. I visit friends. To some extent, ironically, I’m more at home in India now because there are fabulous hotels with good food and people speaking English, it’s like being in New York, but if I go to a village I can’t talk to people. I don’t know if I ever really was at home in India, but I love being there.

India is still foreign to me, it’s a familiar foreignness in some way, but it’s still surprising. When you see a temple in India, you don’t say, oh there’s another temple, you say: “My God! How could anyone have had the imagination to do something so amazing!” It’s never what you expect.

Doniger will be presenting the lecture “Faking It: Narratives of Circular Jewelry and Resourceful Women” on February 3, 2010 as part of the Chicago Humanities Forum. The Franke Institute for the Humanities sponsors this annual series as part of their broader mission to make the humanities relevant to people’s everyday life.

Doniger’s lecture will be at the Gleacher Center, 450 N. Cityfront Plaza Drive. The lecture is free, but advanced registration is required. To reserve your spot, please call 773-702-8274, and for more information about the Franke Institute please visit franke.uchicago.edu.

More on “The Hindus“

Filed under On Religion

Could variations in spider morphology be due to gene regulation?

Evolution of genetic regulatory mechanisms are very intriguing. Traditionally it was believed that a change in protein coding gene can cause alternate forms of proteins and if beneficial (selected for), these proteins can cause new forms of life to emerge.

However, comparative phylogenetics has demonstrated that most coding genes, including that of humans and chimps, are conserved. Therefore, the variations in life forms are probably due to changes in regulatory elements that influence gene expression in many ways. Recently Wired featured variations in spiders (click on image below). I was astonished by how variable they are. We also know that butterflies have variability in their body patterns. It would be really interesting to study the regulatory mechanisms that influence such variations in the spiders.

Filed under Evolution, My Life My Thoughts